In close cooperation with you, I develop tailor-made solutions for you and your undertaking to support you in reaching your goals whilst minimizing antitrust and competition law risks. I always keep the big picture in mind and, together with my network of dedicated legal experts in their respective field, provide legal advice in neighbouring fields of law as well, thus being your partner in all questions relating to competition and antitrust law. 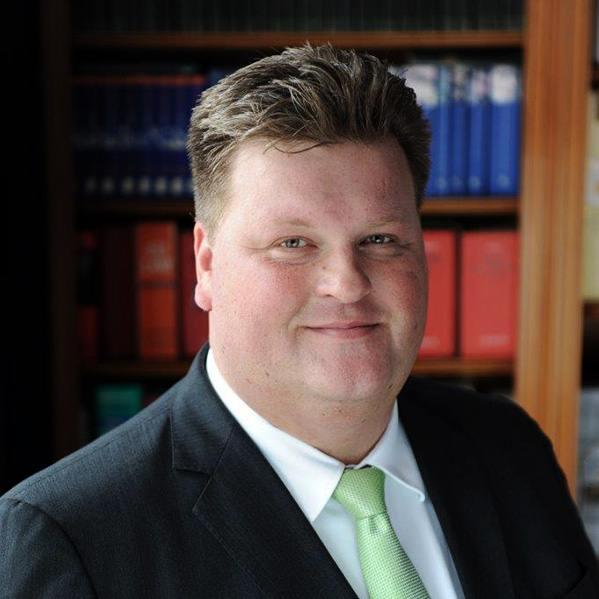 My long-standing practical experience in advising and representing undertakings in all fields of  competition and antitrust law includes agency experience within the European Commission’s Directorate General for Competition and nearly 20 years in private practice fully admitted to the German bar. I advise in all fields of German and EU antitrust and competition law including defence in cartel investigations and abuse of dominance proceedings, drafting of contracts, developing and setting up distribution systems and co-operation schemes, merger control and competition law compliance.

Prior to taking up my career in private practice as a lawyer fully admitted to the German bar since 2002, I worked for the European Commission’s Directorate-General for Competition (DG COMP) in Brussels. I started my career in private practice in 2002 in a well renowned Stuttgart law firm practising competition law nationwide and thereafter worked as Counsel in a boutique law firm specialised in the field of competition law for many years. In 2011, I became Head of Competition & Antitrust in a Big 4 Accounting Firm, a position I held until the end of 2017 when I decided to independently render my services in antitrust and competition law under my own law practice.

I studied at the universities of Tübingen, London and the German University of Administrative Sciences and graduated Master of Laws (LL.M.) specialised in the field of competition law from King’s College London.

I provide legal advice in both, German and English language, and render speeches as well as publications in the field of competition and antitrust law as well as in adjacent fields in both languages. In addition, I speak French.

As can be inferred from the quotes here above, competition and antitrust laws are a special and peculiar field of law many undertakings do not know how to handle – despite the fact that competition and antitrust laws do influence nearly all aspects of any undertaking’s economic actions and competition authorities (and increasingly other market participants) pursue adherence to them ever more rigorously. The extremely wide cartel prohibitions of German (§ 1 GWB) and EU (Article 101(1) TFEU) law prohibit

„all agreements between undertakings, decisions by associations of undertakings and concerted practices which have as their object or effect the prevention, restriction or distortion of competition“.

There are narrow and complex exemptions from this prohibition, which since 2005, undertakings have to assess, document and in the case of a dispute prove on their own: competition authorities do not provide clearance, comfort letters or binding information in individual cases any more. Due to this  paradigm shift, competition authorities throughout Europe have freed – and ever since decidedly expanded – significant personal resources, which they use to detect and prosecute competition law infringements. At the same time, private enforcement of competition and antitrust laws by competing undertakings or customers before the national courts (which previously had no reasonable chance to succeed) has been and continues to be significantly facilitated, so that today in addition to increased agency activity, there is a “second front” of (private) competition and antitrust enforcement. With its ever-changing and fast-growing body of statutes, directives, guidelines as well as German and EU jurisprudence and agency practice, competition and antitrust law is an increasingly complex specialised field of law; nonetheless, competition authorities expect undertakings of all forms and sizes to intimately know these rules, and not just their basics. At the same time, competition and antitrust law is an interdisciplinary matter, as competition law problems surface in a multitude of economic situations (predominantly governed by other fields of law like contract, distribution, trade and company law or the law of intellectual property) with which undertakings of all sizes are confronted in their day-to-day business.

On the other hand, undertakings that duly deal and grapple with competition and antitrust laws, adhere to their stipulations and use existing creative leeway in their favour can thus gain significant advantages in the competitive field: they can enjoy the benefits of co-operating with other undertakings  in full legal certainty, design their distribution systems and contract relations in line with their best interests and fight off anti-competitive behaviour of other market participants without themselves facing a threat to infringe applicable competition and antitrust laws and having to bear the negative consequences

The imposition of cartel fines up to an amount of ten percent (10%) of a company’s global yearly group turnover for a single infringement is the most potent instrument German and European competition authorities dispose of, save for criminal sanctions (which are, however, more relevant abroad). With my longstanding experience as a lawyer defending undertakings and company directors alike in cartel proceedings and against cartel fines (in front of the German Bundeskartellamt, and the European Commission’s Directorate-General for Competition as well as the German and EU courts), I provide the following services:

External growth of undertakings – in particular by acquisition of shares or assets of another undertaking, consolidation of companies, joint ventures, corporate mergers or tie-ups, but also by certain kinds of co-operation or leases – will have to be notified to and approved by competition authorities (often in various jurisdictions) prior to closing if certain turnover thresholds are exceeded. In order to avoid the severe consequences non-compliance with mandatory merger notification obligations entails (in particular fines and divestiture) and to allow a swift, legally secure and efficient closing of proposed company transactions, my services – in which I include specialised partner attorneys abroad where needed – comprise

Co-operation with other undertakings, including with (potential) competitors, can lead to substantial economic benefits, e.g. economies of scale from joint purchasing, reduced cost from co-operation in the field of research and development or the use of proprietary technology by a multitude of undertakings. Often, co-operation is to the benefit of consumers and not detrimental to competition. However, in most cases co-operation does entail coordination of market behaviour by the participants, which always leads to competition law risks. When it comes to co-operation, there are plenty of legal possibilities, provided the co-operation is structured from the beginning in compliance with competition law requirements. My services comprise

Undertakings with a dominant position on the relevant market are subject to particularly strict behavioural obligations under applicable competition laws, a dominant position being (rebuttably) presumed once market shares exceed 40% (Germany) or 50% (EU) respectively; German competition law entails similar provisions for undertakings with market power significantly below the dominance level. When it comes to alleged abuses of dominance, my services include

When I started practising competition law, cartel damage proceedings were extremely difficult to win and therefore nearly unknown in Germany and the EU. In recent years, court rulings as well as amendments of applicable laws did significantly facilitate contentious cartel damage claims that today there hardly are cartel fines that are not followed by private cartel damage claims and litigation. Damages suffered through cartel behaviour, refusal to supply or abuse of a dominant position can quickly reach an amount exceeding even cartel fines: damages bear interest from the time of the competition law infringement and all participants in an infringement are jointly and severally liable for the total amount of damages any third party incurred. With a view to cartel damages, my services include

Distributing products is the core business activity for the majority of undertakings, whether they are producers or retailers. Antitrust and competition laws contain important requirements for distribution and supply relationships, non-compliance with which poses a significant economic risk as it can result in cartel fines and, in particular, make the entire agreement null and void. Competition law requirements concern agreements and concerted practices regarding all market-related activity, in particular regarding price, price components and rebates, territories and customers, but equally advertising and online distribution. As, therefore, a design of distribution and supply relationships in full compliance with competition law requirements as well as the defence against any undue claims infringing competition and antitrust law is of the essence to ensure legal certainty in distribution and supply relations, my services comprise

Contracts and agreements are shaping the relationship between economic actors; they are omnipresent in economic life and of vital importance for the economic success of every single undertaking: therefore, contracts and agreements must be favourable content wise, but in particular legally certain and enforceable in a court of law in case of a dispute. Competition law prohibits “all agreements between undertakings, decisions by associations of undertakings and concerted practices which have as their object or effect the prevention, restriction or distortion of competition” (§ 1 GWB, Art. 101(1) TFEU). Whether conducted orally or in writing, legally binding or mere gentleman’s agreement: if a contract or agreement infringes this extremely wide statutory prohibition, it is null and void, cannot legally be enforced and may be sanctioned by cartel fines. My services include

Competition and antitrust law is both, a highly complex and specialised legal area and at the same time an interdisciplinary matter. Competition law problems surface in a multitude of economic situations, which often are predominantly governed by other fields of law like contract, distribution, trade and company law or the law of intellectual property. In fields of law adjacent to competition and antitrust law, in particular in

I equally have long-standing practical experience and am happy to advise and represent you. Should highly special knowledge be required, I co-operate with specialised law firms excelling in their respective fields

Today, the Bundeskartellamt has opened antitrust proceedings to examine allegations whereby Apple gives preferential treatment to Apple’s own offerings and/or hinders other providers with regard......

Almost exactly one year after the 9th Amendment to the German Competition Act (GWB) came into force on 9 June 2017, the German Federal Cartel......

In its ruling of December 6, 2017, the European Court of Justice (ECJ) provided important clarifications regarding the assessment of third-party platform bans in internet......

Read More
go to the blog